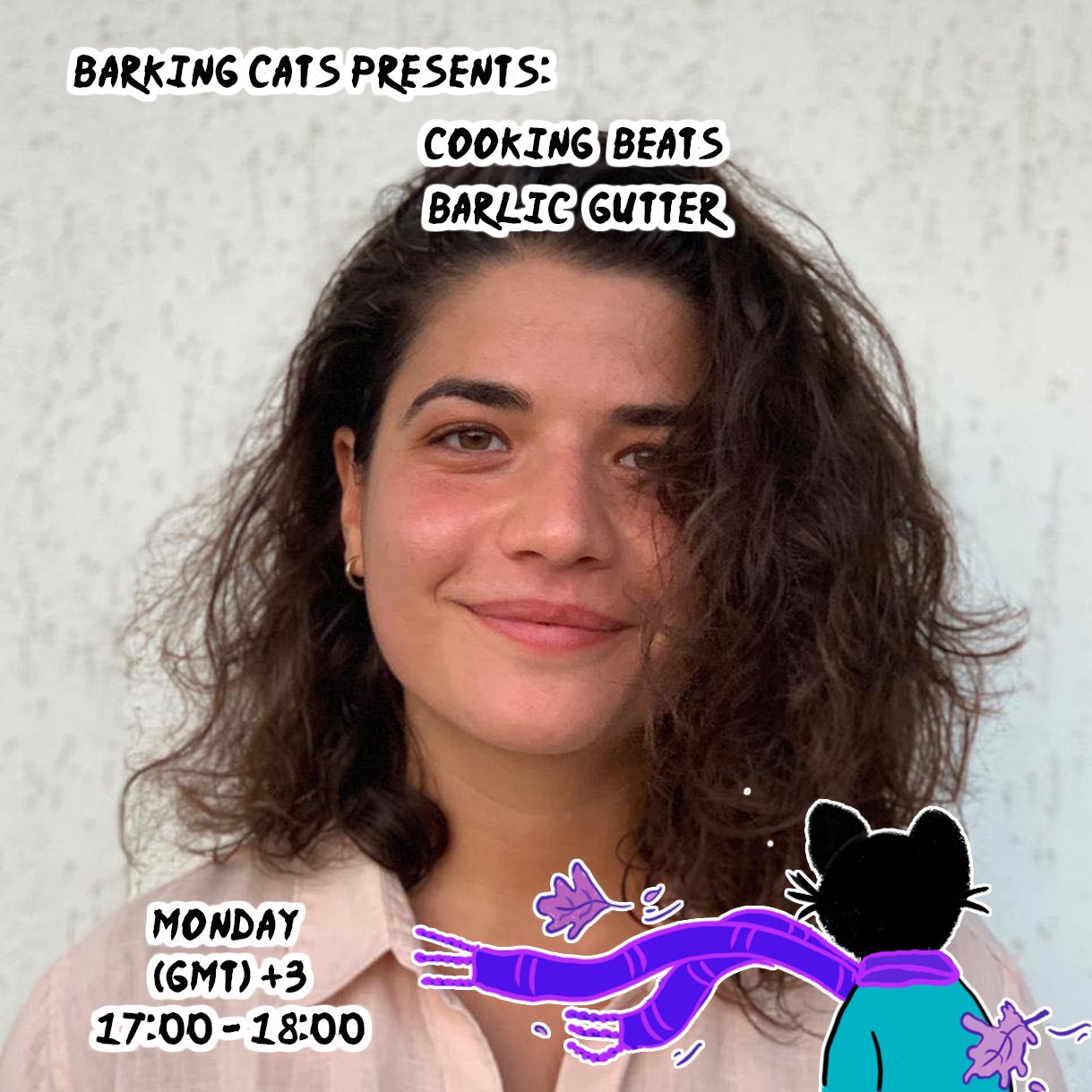 Cooking Beats
Barlic Gutter
Mondays (once a month) 18:00-20:00 [GMT+2]
Barlic Gutter loves two things*: music and food. Tune in for a game of recipe roulette and an odyssey of carefully selected tunes – sometimes themed and sometimes not.

*well actually more than two, but we can’t get into that right now.

Barlic Gutter has been making mixes and garlic butter since 2011. Originally from Cyprus (a country not usually known for its garlic butter), you can count on her to entice your dancing rhythm. Often exploring the relationship between genres, she presents the finest of whatever the affair calls for – whether it’s for a relaxing couch potato, the two lone survivors of an afterparty or to the masses of a dance-floor. Expect wild drumming, soothing synths, and an open portal to your bleeping ethereal musical cosmos – because everybody likes a bit of garlic butter, even when it’s dairy free.

She’s played in Cyprus, the UK, Lebanon, Greece and various radio stations across continents, shaking the crowd several times at the notorious Cypriot festival, Afro Banana Republic, and inducing sweat at various warehouse parties and at venues in London such as the Pickle Factory, The Glove That Fits, and the queer sanctuary that is Dalston Superstore