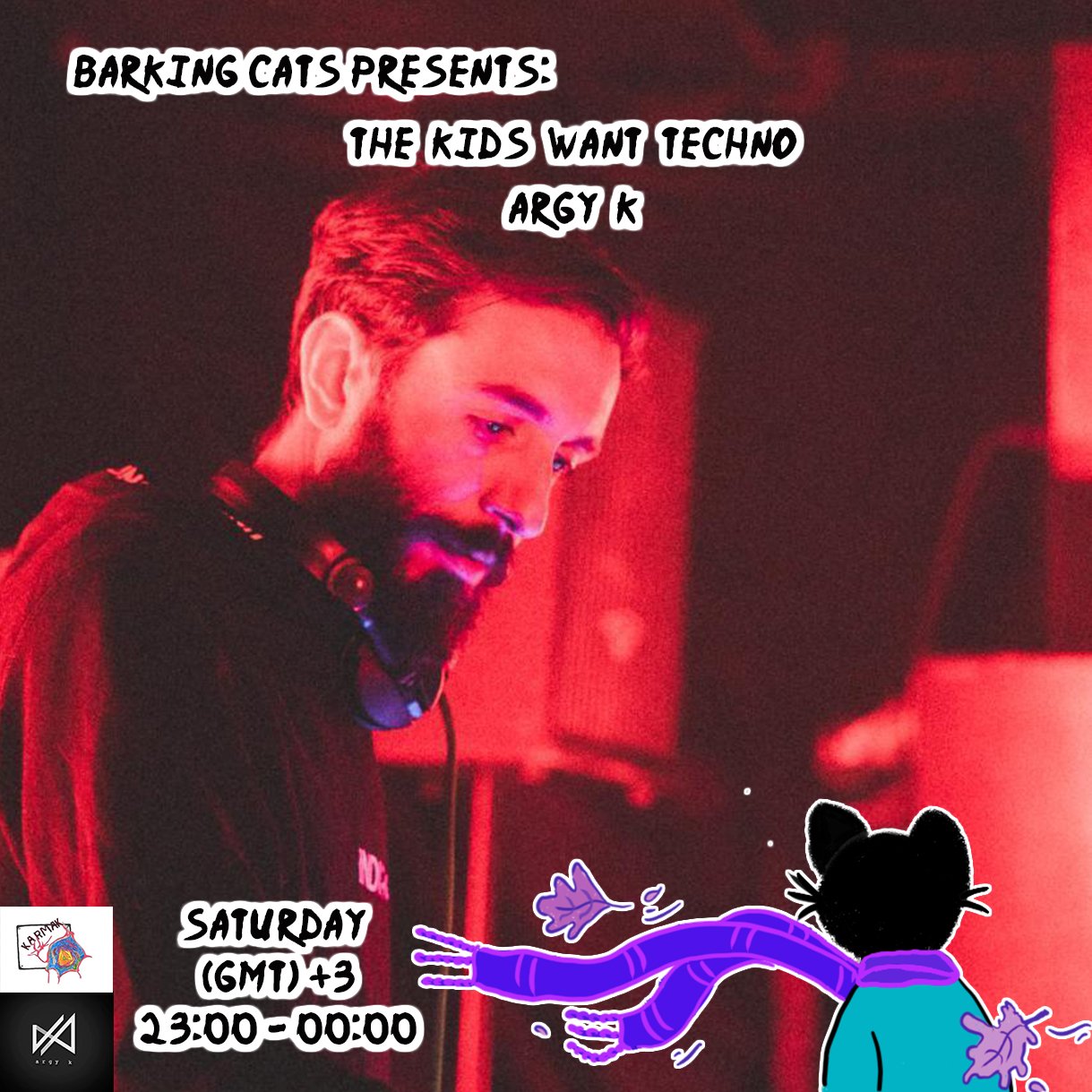 DJ/Producer Kyriakos Argyrou, also known as Argy K, has being involved in the music scene since the early 00’s. He has released various track collections, and has gained the support of many international DJs, including Richie Hawtin, Maceo Plex, Matt Darey, Hernan Cattaneo, Secret Cinema, Franco Bianco and many more. You can find his music under many labels such as Karmak Records (owner), Progrezo, Regular Beats, Balkan Connection South America and more.When it comes to mixing his music, you can expect groovy/driving techno basslines with a mixture of deep techno, minimal and acid tones.”The Kids Want Techno” is a moto that Argy K has been using for over a decade, based on the idea to uncover and promote quality underground music and artists.